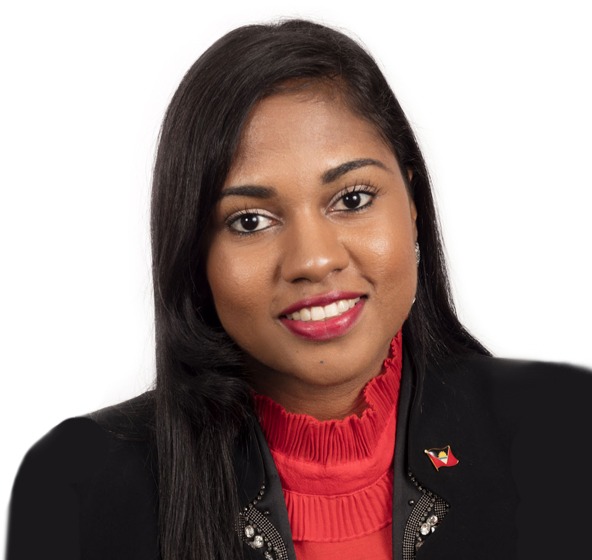 First Lady of Antigua and Barbuda

The Honourable Maria Vanessa Browne is the Minister for Housing, Land and Urban Renewal and Minister of State in the Ministry of Legal Affairs, Public Safety and Labour of Antigua and Barbuda.

Mrs. Maria Browne is the granddaughter of the Father of the Nation, former Prime Minister and National Hero of Antigua and Barbuda, Sir Vere Cornwall Bird Sr.

She began her political career in 2017 and won her constituency of St. John’s Rural East in the March 2018 General Election. Mrs. Browne was successful in gaining the highest number of votes, making her the youngest female to be elected to the House of Representatives.

Maria Browne holds a BSc degree in Psychology from the University of Phoenix and an LLB (Hons) Law degree from the Anglia Ruskin University.

She is the mother of a son, Prince Gaston Browne and is married to Prime Minister of Antigua and Barbuda, the Hon. Gaston Browne.