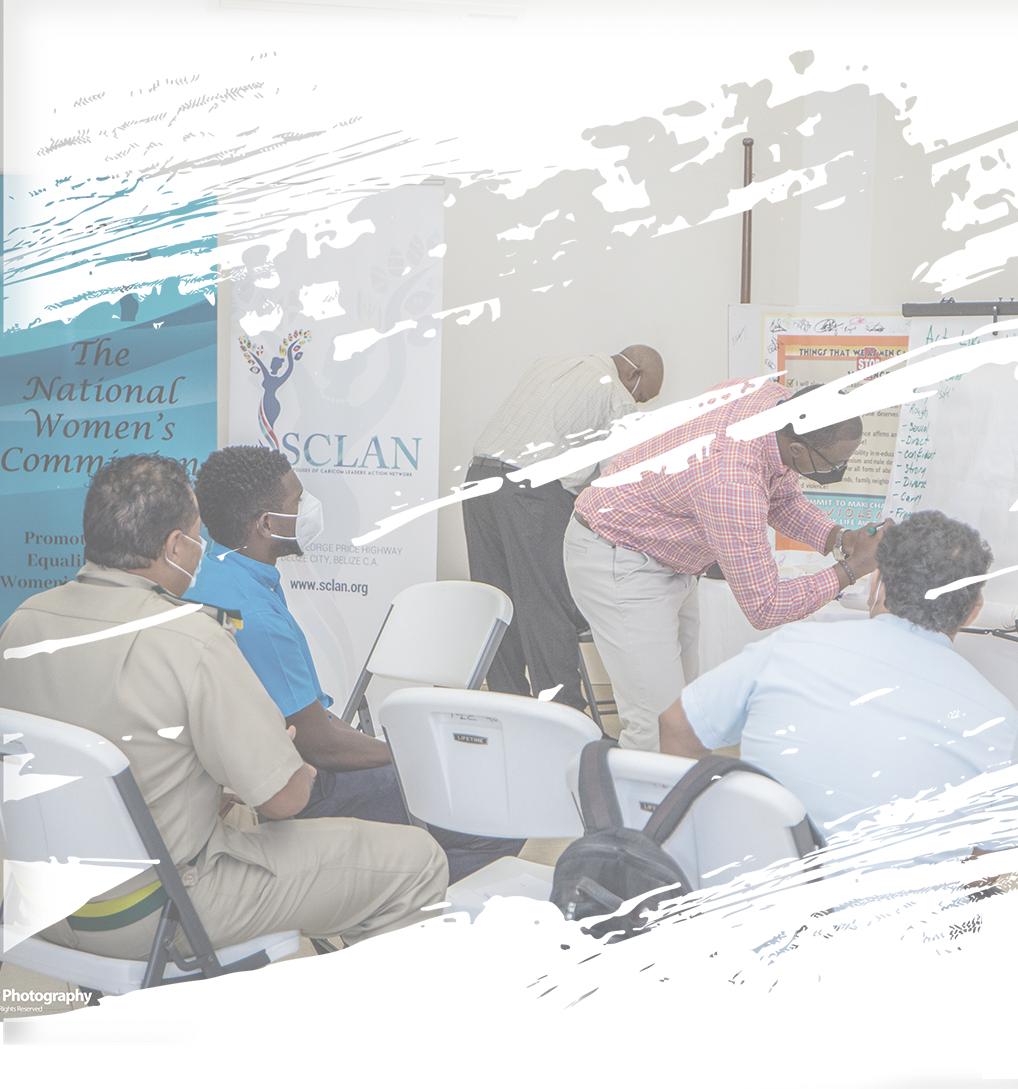 Relay for Change: Mentoring Youths to Prevent Violence in Belize

BELIZE CITY, Belize- In Belize, there has been some progress over the decades in addressing the prevalent issue of gender-based violence through different mediums including conferences, panel discussions and forums. Despite these advancements, engaging men and boys as key voices in the discourse has been limited. As a result, one of the outcomes within the National Gender-based Violence Action Plan in Belize calls for men’s and boys’ increased understanding of the dynamics of gender and violence and to be actively involved in reducing gender-based violence in Belize.

To answer this call, the ‘Engaging Men and Boys to Advance Gender Equality and Help Prevent Gender-Based Violence’ was developed. Spearheaded by the Spouses of CARICOM Leaders Action Network (SCLAN) and the National Women’s Commission’s (NWC) with support from Spotlight Initiative, a global partnership between the European Union and the United Nations, this project aims to create agents of through its two-tiered Training of Trainers and Workplace training sessions approach. Its primary outcome is to provide a space for sensitization of men and boys challenging views about masculinity and gender using role modelling and the positive deviance approach to transform attitudes and beliefs which contribute to family violence. 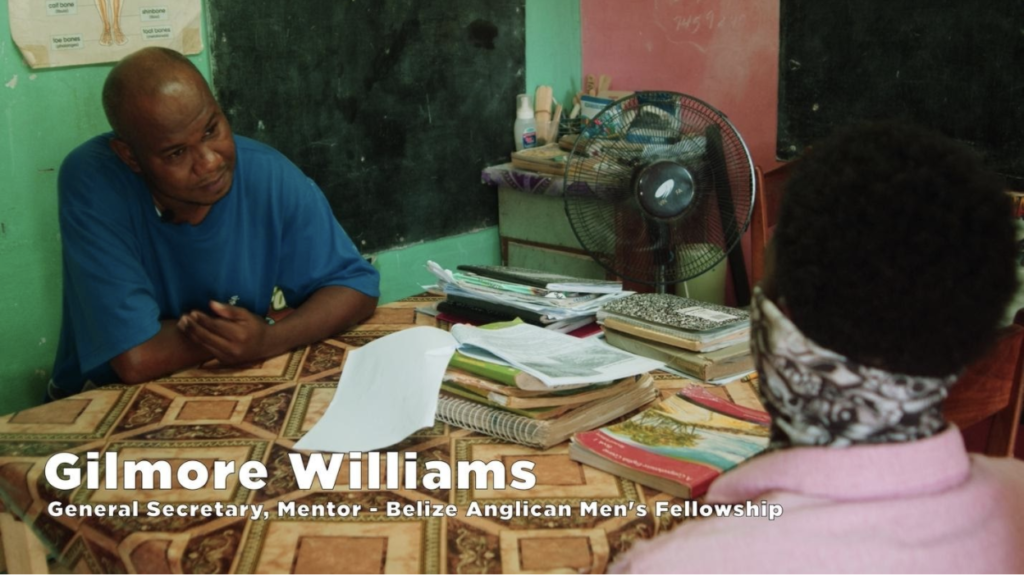 Gilmore Williams, 38, is a retired teacher who works tirelessly as a mentor with the Belize Anglican Men’s Fellowship. This newly formed organization is grassroots oriented with a hands-on approach in making a difference in the lives of men and boys through its mentorship program.

Gilmore mentors troubled youths who reside mostly in the Southside of Belize City, an area that is plagued with pervasive crime and violence. For instance, despite the onset of the COVID-19 pandemic and amidst a series of State of Emergencies, in 2020 the Crime Observatory reported that Southside Belize accounted for 89% of the 47 murders that occurred in Belize City.

“My Chair recommended that I attend the Training of Trainers session” says Gilmore. He willingly participated to help hone and sharpen his skills.

“Mentoring has its rewards, but it does take a lot from me physically and emotionally since there is no cut-off time from when you need to provide guidance. Sometimes I get a call in the middle of the night and I need to give advice to dissuade the caller from making a bad decision” Gilmore explains. In contemplation of how he navigates these uncertain terrain he contends, “the journey is ongoing, but knowing these boys need a positive male figure to help guide them pushes me to be there, even if it means trying to find the right thing to say when the timing is wrong.”

Gilmore believes the information from the #EngagingMenandBoys sessions has better equipped him to teach, inspire and challenge the beneficiaries of the organization’s mentorship program. Underscoring his biggest takeaway from the project, Gilmore talks about the ‘Man Box’ and how the characteristics and traits that society ascribe to men helps to deter them from reaching their fullest potential. “Men wear masks wherever they go” says Gilmore “They wear a mask at work, with their friends…to fit in.”

Gilmore explains why men feel the need to wear these masks, “society and socialization are primary contributors. I see this all time, one example that springs to mind is an incident that happened to one of the youths I mentor. On his 16th birthday his grandfather introduced him to alcohol and got him drunk with the justification that since he is now a man, he needed to learn what a man does. This created a negative path for him that affects other areas of his life.” In helping the youth to overcome some of the trauma, Gilmore says the information learnt from the Training of Trainers sessions has provided him with deeper insight in core concepts like masculinity and in turn gives him a starting point to help boys with the healing process.

Gilmore contends that while these sessions are important, he believes continuous training is needed to reach everyone. “The sessions definitely emboldened my ideas and knowledge about gender and violence and how I can use this to challenge youths about accountability” Gilmore says. On a personal level, the information learnt from the sessions has helped Gilmore to unpack the underlining as well as the overarching ideas that falsely convicts these young men to wear various masks in their daily lives and in exchange teaches them better ways of coping. “Instead of beating your girlfriend, I would teach my client how to better communicate using basic techniques that I learned from the session” Gilmore says.

The uniqueness of this project is its two-pronged approach complemented by a public awareness campaign to engage men and boys. The Training of Trainers session was the first phase and was held virtually over a six-months course. This component of the project commenced in August 2020 ended with 16 trainers that will go into the community and facilitate workplace training sessions.

“I know that what I do makes a difference. They come to find me to talk and listen to me and the mothers of many of the youths that I mentor would give me feedback about their change in attitudes and thinking” Gilmore explains. “The work is ongoing, and we must ask ourselves what we can all do to help these troubled youths. It is not a race, but I am proud to be a part of this relay for change.”

SCLAN and NWC through the Spotlight Initiative is #EngagingMenandBoys to advocate for gender equality and end violence. Be sociable and share!