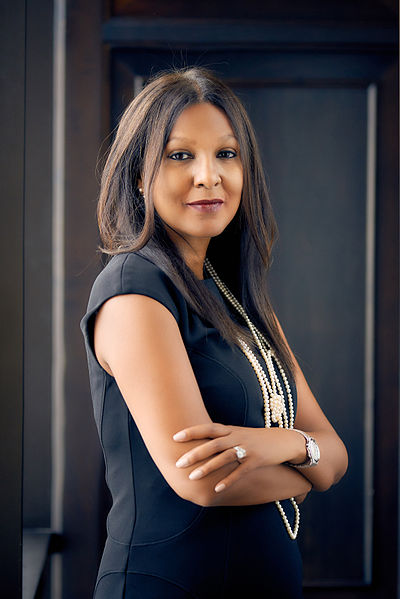 Kim Simplis Barrow (born March 3, 1972) is a Belizean activist and philanthropist, currently wife of the Prime Minister of Belize, Rt. Honourable Dean Barrow and currently serve as the First Lady of Belize. She is also the Special Envoy for Women and Children and founder of the Lifeline Foundation one of Belize’s most acclaimed charitable initiatives. In 2008, she became the first Belizean to be designated as a Global Ambassador of Special Olympics International.

Special Envoy for Women and Children

As the Special Envoy for Women and Children, Simplis Barrow is the Belizean champion for children, undertaking projects big and small and working primarily in collaboration with the Ministries of Health and Human Development, the National Committee for Families and Children and local non-government organisations in advocating for the passage of legislation and the development of social policies and programmes that promote and protect children’s wellbeing.

In early 2013, Simplis Barrow initiated the construction of two much needed facilities designed to improve the lives of some of Belize’s most vulnerable children. The first of these facilities is the Inspiration Center, which opened its doors in March, 2014 and now provides integrated care services to poor children with disabilities. The other facility is a Paediatric and Neonatal Intensive Care wing at the national referral hospital which opened on October 27, 2015. The construction of both of these multimillion-dollar projects were financed by local and international fundraising efforts, including two Inspiration Telethons in Belize; the first of which raised a million dollars in one day for the Inspiration Center. Both the Inspiration Centre and the Paediatric and Neonatal Intensive Care wings are the only one of their kind in the country.

She has hosted national conferences to raise awareness on the subject of commercial sexual exploitation of children and successfully advocated for the passage of legislation on the commercial sexual exploitation of children and human trafficking as well as the passage of amendments to the criminal code for stiffer penalties for all perpetrators of sexual violence against children.

In 2013 Simplis Barrow embarked on a public education campaign titled “My Body is Precious” that seeks to empower children and adolescents with information on sexual abuse and exploitation. She has co-authored two books as a part of the campaign. The first was a child friendly book on sexual abuse prevention that targets 6 to 10 year olds. This book was launched in April, 2013 and resulted in a countrywide tour that included the dramatization of the book and a song. The second book targets adolescent girls and was distributed at a countrywide Girl Empowerment speaking tour that was launched in early 2014.

On March 6, 2014 Simplis Barrow, along with the National Women’s Commission put together the first 20,000 STRONG Women’s Empowerment Rally which brought together thousands of women and girls countrywide, the largest non-political crowd ever gathered in Belize in a magnificent show of solidarity for women’s empowerment. From this movement, the Special Envoy made a significant step forward to empower Belize’s women and girls financially; hosting a National Call to Action Conference on Women’s and Girls’ Financial Health. Mrs. Simplis Barrow took that call to action to the rest of the world with a First Ladies Conference, held as a side event at the 69th United Nations General Assembly. The gathering of spouses of heads of states and governments were encouraged to support areas of micro-financing for female entrepreneurs, violence prevention initiatives and women’s health and education. Thousands gathered once again on March 11, 2016 when the second 20,000 STRONG Rally was held coinciding with the unveiling of the 20-4-20 Women’s Economic Empowerment Program.

These crucial issues make for a busy schedule, but the Spirit of Christmas is never missing at the Special Envoy office. Each year Simplis Barrow hosts a Christmas concert for the young residents of the children’s homes across the country to ensure that while they are away from their families during the holidays; they still get to enjoy the cheers of the season. This concert along with the annual launch of Inspiration Calendars featuring artwork by children with disabilities and agendas sold a source of funding for the Inspiration Center, are the Special Envoy’s signature end-of-year events.