“Things that we as men can do to stop violence” 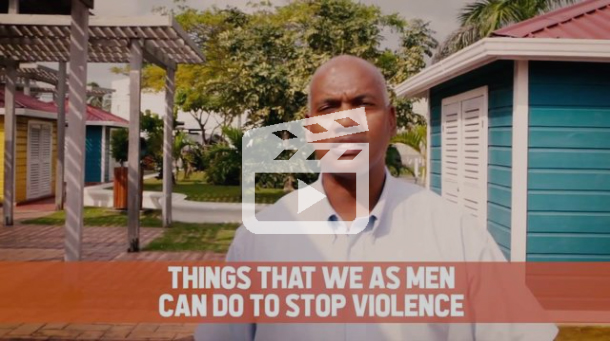 Spouses of CARICOM Leaders Action Network (SCLAN) in partnership with British High Commission, the National Women’s Commission, and the Special Envoy for Women and Children completed a public service announcement “Things that we as men can do to stop violence”.

The ad was developed as a complementary activity to the forum “Engaging Men and Boys to help combat gender- based violence” which was held on November 26, 2019 at the Best Western Belize Biltmore Plaza.  Men and boys need to become more visible as integral partners in tackling sexual and gender-based violence. There is the need to engage men and boys as agents of change in the prevention and response. Therefore, five men that attended the forum publicly made their commitment to serve as advocates not only to help end gender-based violence, but also advance gender equality.

This PSA shows that that men are no longer going to sit on the side-line nor are they going to be silent. It must be a collective approach to ending gender-based violence in Belize.

The goal of the forum was to establish a coalition of male leaders in the community to serve as advocates. It was also the goal to prioritize interventions to build on the knowledge and provide the resources and tools to continue championing to reduce gender-based violence in Belize.

For additional information, please contact SCLAN at 614-9507 or the National Women’s Commission at 227-4284 or email info@www.sclan.org or info@nationalwomenscommissionbz.org